The Old Town is a typical labyrinth of winding, narrow lanes with houses – today mostly with Baroque orClassical facades but Romanesque or Gothic in the heart. Merchants and tradesmen used to have theirshops in the ground floor of houses. Today there are usually  various bars, pubs, cafes and little hotels. 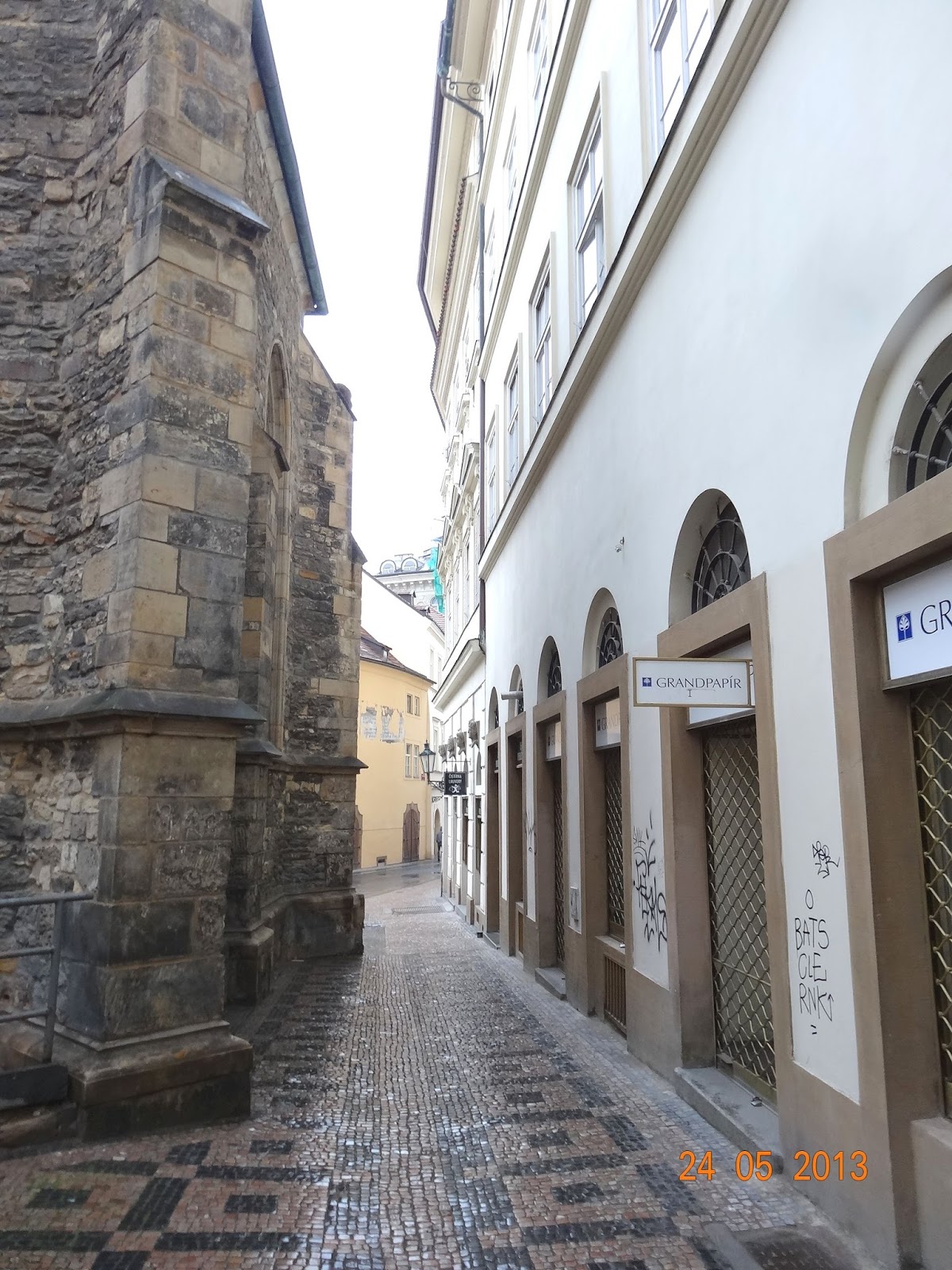 Triangular Coal Market is a picturesque corner of the Old Town. In the middle of the triangle we can see the Classical fountain of 1797 built by sculptor Franz Xaver Lederer  with financial support of arts patronJames Wimmer, hence its name. Fountain, however, is far from being an ordinary fountain as it might appear from a distance at first glance . Firstly – the fountain was its history quite „restless“ – moved many times – atfirst it was on Jungmann Square, then on Bethlehem Square, later in Vrchlicky Orchards and finally in 1952docked „for the time being definitely“ on the Coal Market. Another interesting fact is that no one actually really knows what does the fountain means. There are  different birds and fruist on it, thus far everything is clear. From these assumptions some art experts conclude that the fountain could represent an allegory of viticultureand agriculture, because standing boy gives a sitting girl  a bunch of grapes. However, other researchers called them as Adam and Eve. What is certain – the bird at their feet is a cock. Spring of water is gushing up from a bird‚s beak, which is probably going to take off. Restorers, who worked hard on the fountain, because it was damaged by vandals, however, failed to unite, whether it is a duck, goose or swan.  I will leave dealing with this important question up to you.

In the middle of a straight line of historicizing apartment buildings on the northwest side of the triangle there protrudes a seemingly inexplicably strange straddled, red house stands, which clearly does not fit into theseries. But on the contrary there are illogical houses on the sides. Why? Kindly find the answer in the next picture: 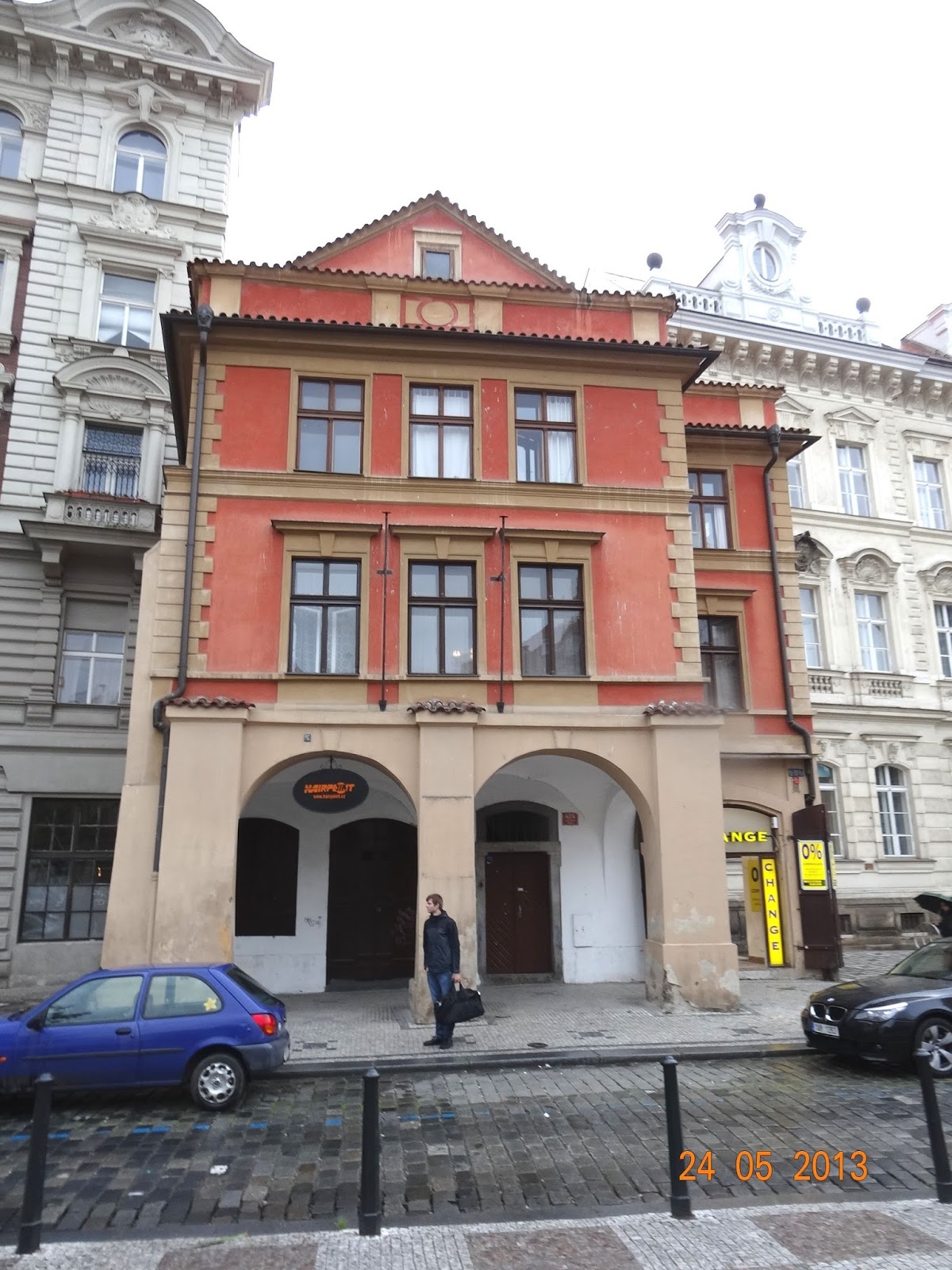 Do you recognize it? It is the house with advertising of company „Robert Eichler“, with retreating right part. In the picture the house has still an original baroque gable, which, as you can see in the previous picture, was later somewhat simplified. The house was one of many original medieval buildings with baroque facades. Houses on both sides of the house were in the 19th century „rehabilitated“ and the whole north-western side of the triangle was irreparably damaged. Way it looked sooner we can realize also nowadays looking at the preserved south side of the triangle. 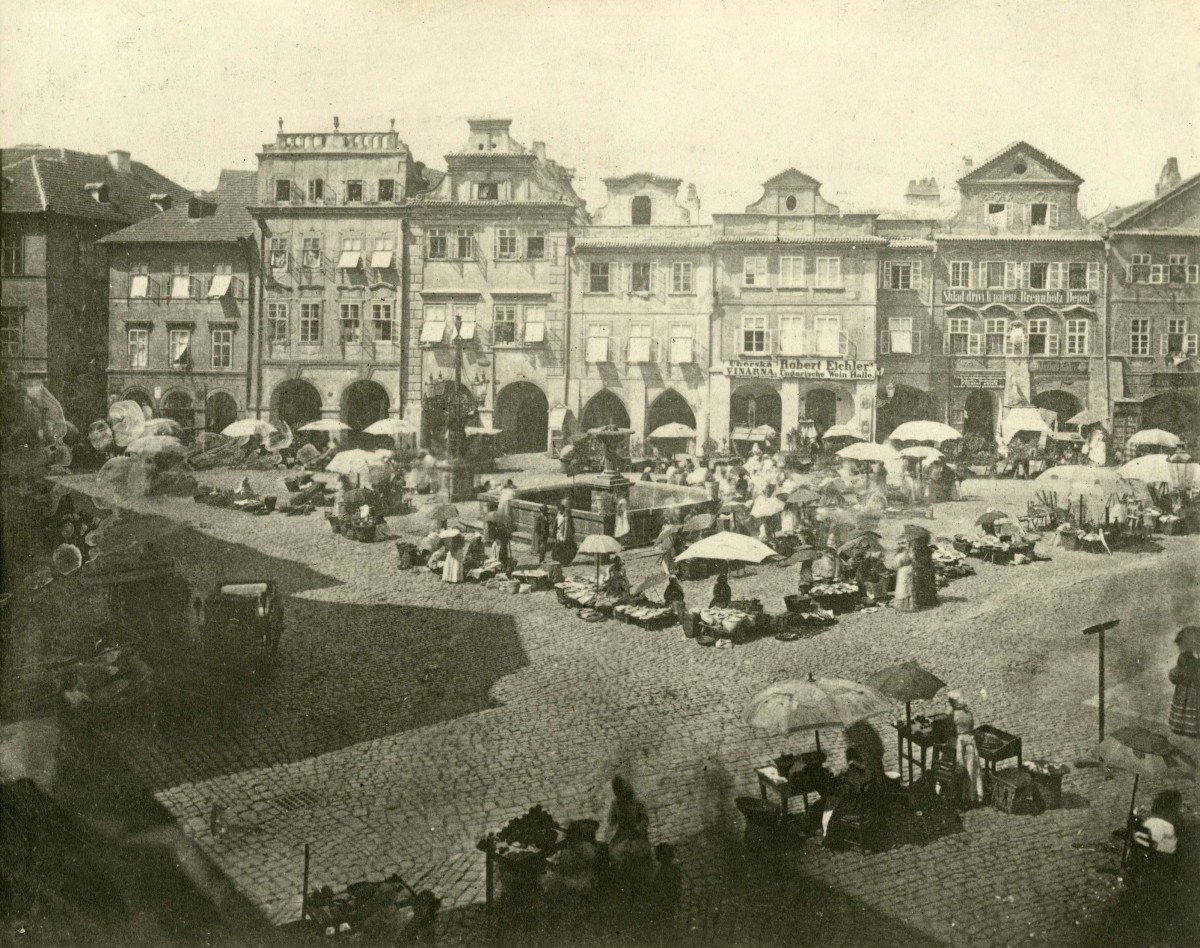 Golden lane is not only a street in Hradcany (Prague Castel district) , but also one in the Old Town.Because two streets with the same name may not be in Prague, so that the street in Hradcany is officiallycalled with suffix „Golden Lane at Daliborka“ and it is the only street in Prague, which is accessible only after purchase of tickets. To the Golden Lane in the Old Town you do not have to pay any entrance fee andyou have one extra bonus – unlike  Golden lane at Daliborka overcrowded with tourist, you will encounteralmost no one hier. As an added bonus you have just around the corner  also Stribrna (Silver) Lane! The street was opened to the public only short time ago – after reconstruction of adjacent St. Anna church and soalmost no one knows about it. It is really off the beaten track. 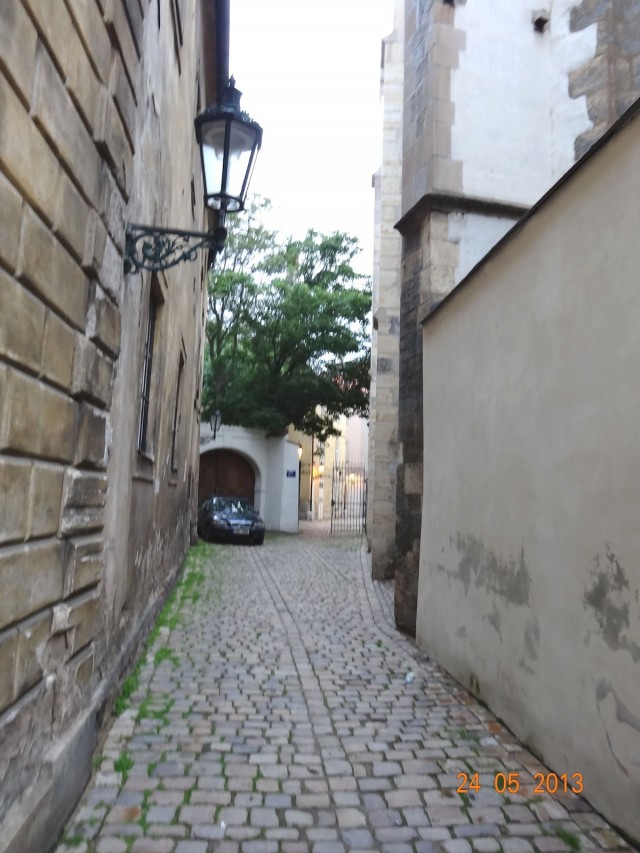