Church of Our Lady under the ChainThe church has a very interesting name and looks equally unusual. First of all let me to explain the origin of the peculiar name. The full name of the church was originally with an archaic postscript „at end of the bridge“. As the postscript suggests, the church, which was part of the fortifications of St. John Commandery (Knights of Malta) was at the Lesser Town bridgehead of former Judith Bridge. Since the bridge toll was collected, the church gained the name „under the chain„. The church was originally Romanesque, three-nave. Karel IV. decided it to rebuild in the mid-14th Century to Gothic, so the old Romanesque church was demolished. But the plan turned out differently than expected. It was managed to complete only Gothic chancel, entrance hall in 1375, and there were added  two squared towers in 1389. The chancel was burned in 1420 and it was newly constructed with Renaissance and Baroque style ceiling by Carlo Lurago in 1640 – 1660. Neo-Gothicbattlements were added in 1836. So today the place  aroused very strange impression. After entering through the Gothic portico we enter the hall, followed by a courtyard …….! It is the site of the former Romanesque church, so actually the Gothic church building (only a presbytery) is much smaller than the originalRomanesque church was. Remains of Roman arches of the former southern side of the church can be seenin the wall on the right. The church was at the peak of gothic very important, as evidenced by the fact that there were exposed  mortal remains of Charles IV. and his son Wenceslas IV. 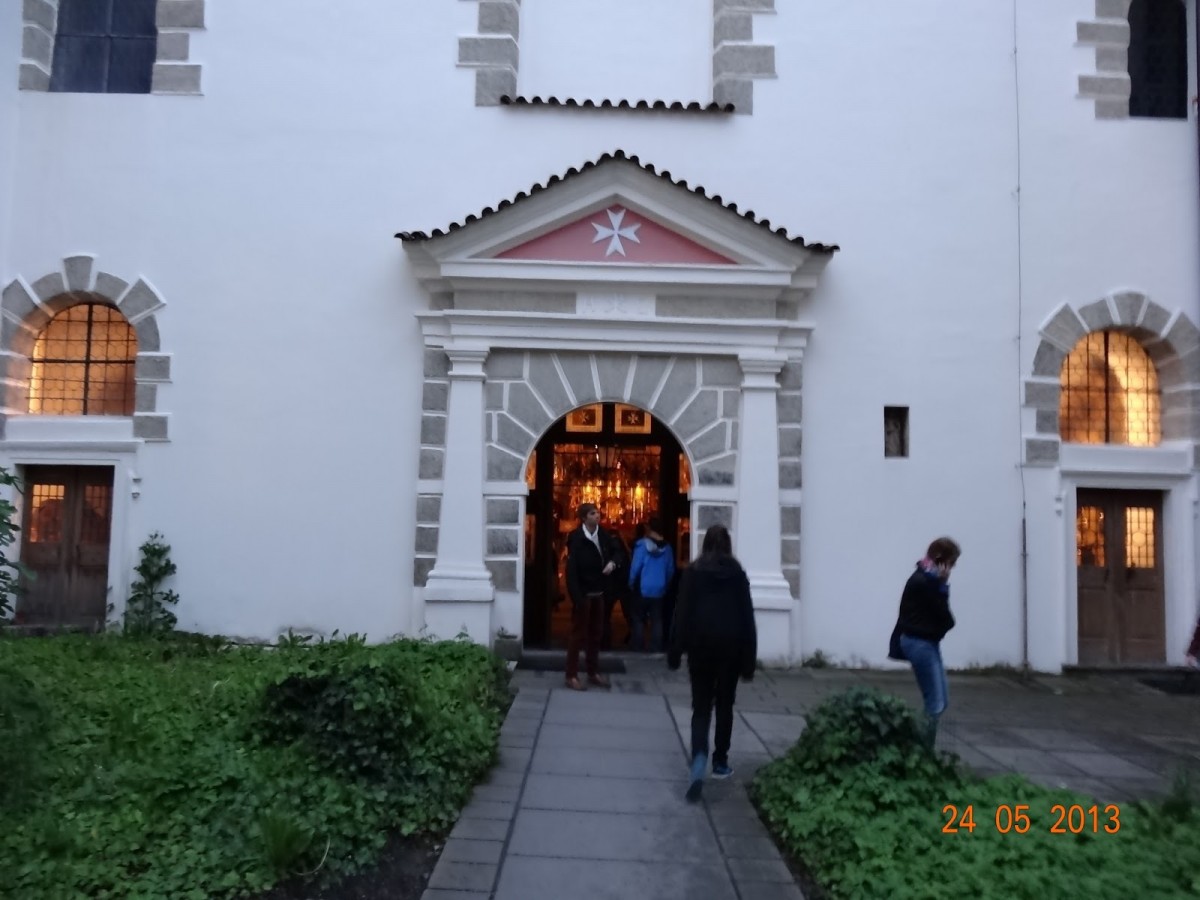 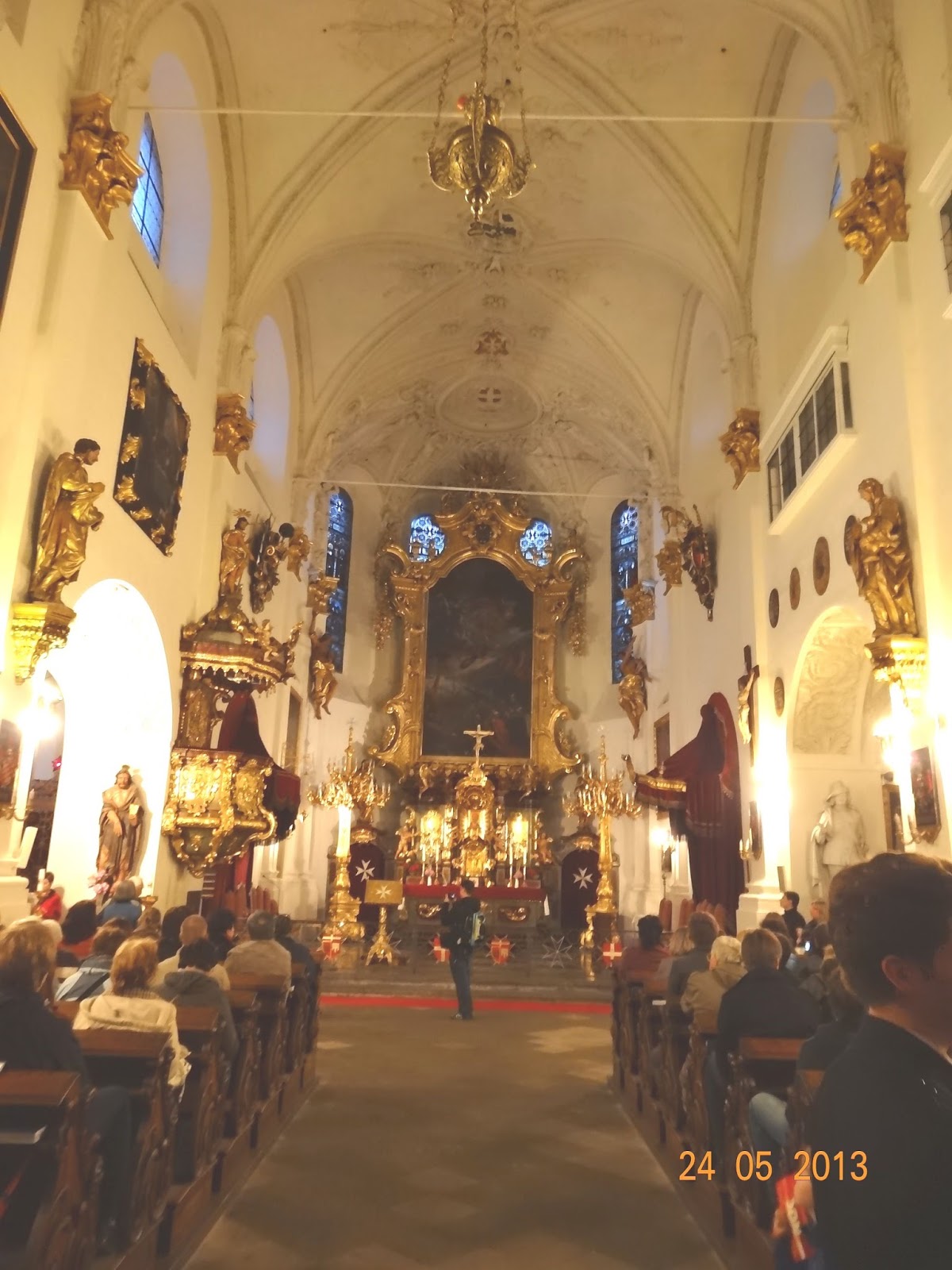 St. Nicholas Church
One of the most important churches in Prague, with its Baroque dome dominates the skyline of the Lesser Town. It is said that this is the most beautiful Baroque building in Prague and one of the most valuableBaroque buildings north of the Alps. I wonder if you can guess what is higher the dome or bell tower? ……. I will not torture you long – they are exactly equal in height.The church was built in stages by whole three generations of one family of the most important Baroquearchitects in Prague. Father Christopher Dietzenhofer (who apparently could not read or write)  built the westfront entrance to the church and hall with the choir and the first two fields chapels in the years 1703 to 1711.The main nave and the dome tower were built  by his son Kilian Ignaz Dietzenhofer in the years 1737 – 1752and bell tower in the Rococo style was built by his son-in-law Anselmo Lurago in 1751 – 1756. After entering the church we will  draw our main attention to fresco in the dome by Franz Xaver Palko and certainly we should not overlook the hanging Passion cycle painted by Karel Skreta. The observation tower of the formercommunist secret police StB was established in bell tower for observing visitors of Westernembassies nearby . Today there is a small exhibition to visit. 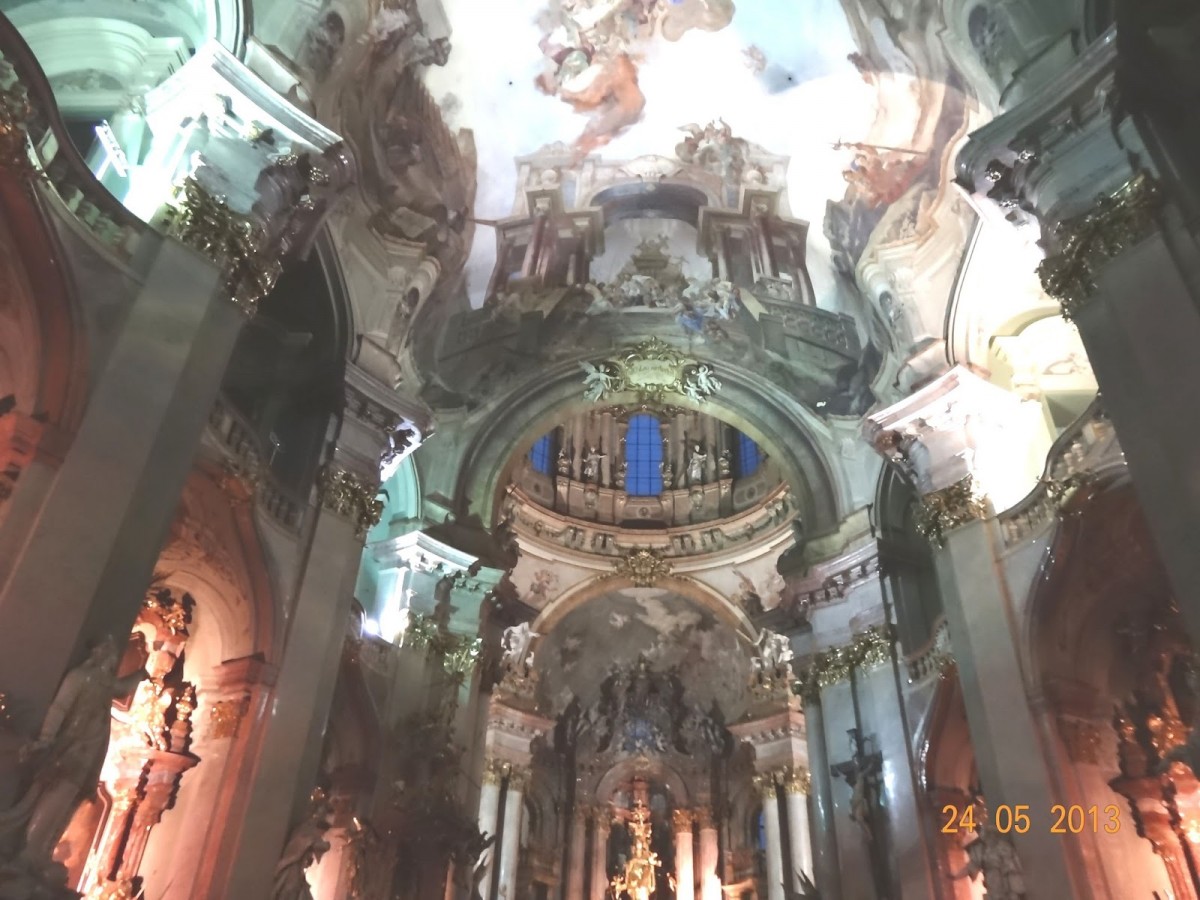 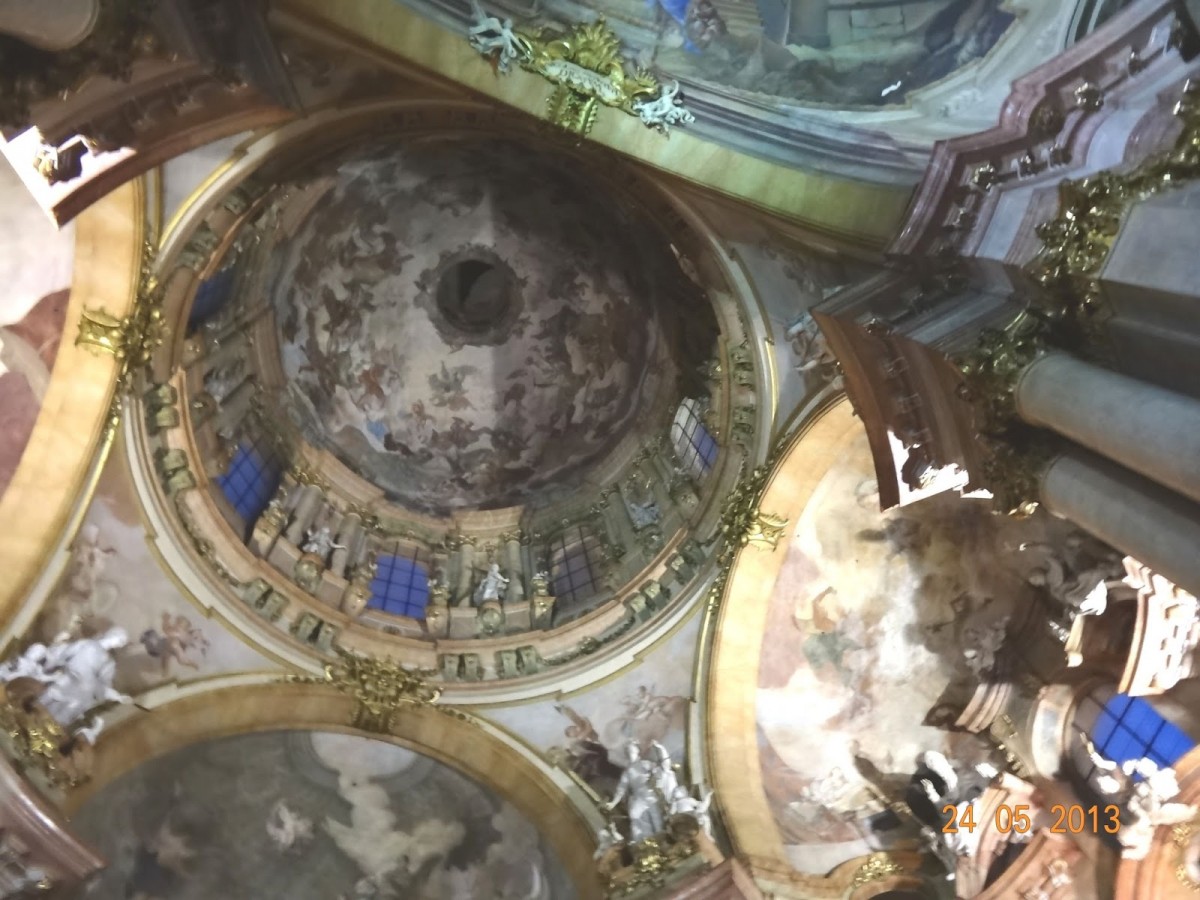 Church and Monastery of St.ThomasThe church has the long history and so it appeared in all historical architectural styles  during its existence. It was originally built in Romanesque style, rebuilt in the Gothic style, the Hussites burned it down, then it was rebuilt in the Renaissance, and finally as the culmination rebuilt in Baroque style by Kilian Ignaz Dietzenhofer. We can find hier valuable monuments of art – an altarpiece painted by Peter Paul Rubens,paintings signed  by Josef Heintz and Karel Skreta. But most interesting is a church crypt, where are buriedthe most important artists of Rudolf time – architect Ulrico Aostalli  engraver and printmaker Aegidius Sadelerand sculptor Adrian de Vries. Important was also the adjacent Augustinian monastery with the oldest and longest producing brewery in Prague, which was founded in 1352 and working until 1951. The tradition of the famous dark lager – „Thomas´s Goat“ began in 1870. Dark beer became for St. Thomas brewery sodistinctive that even after the abolition of the brewery the dark beer  was imported there. 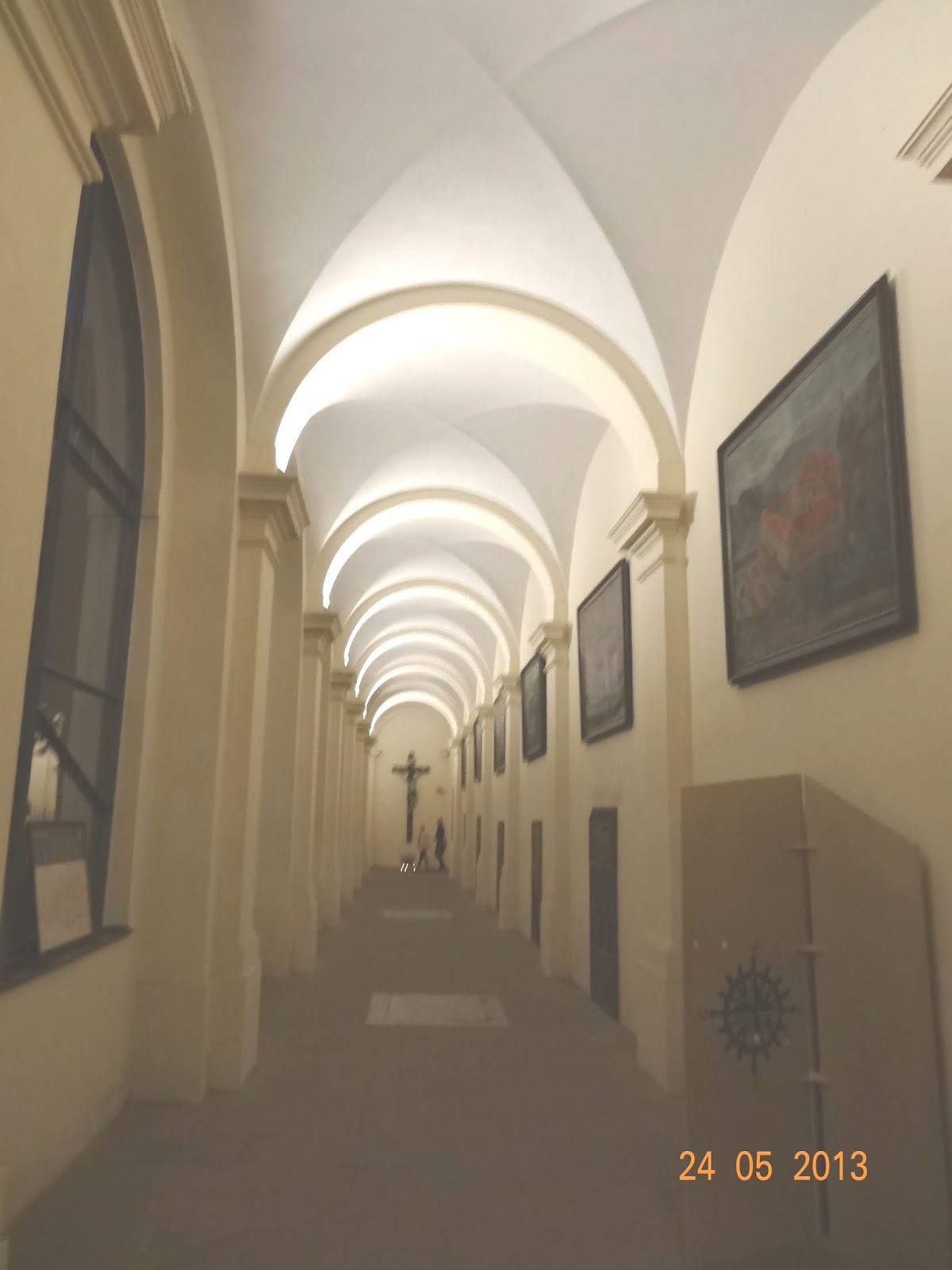 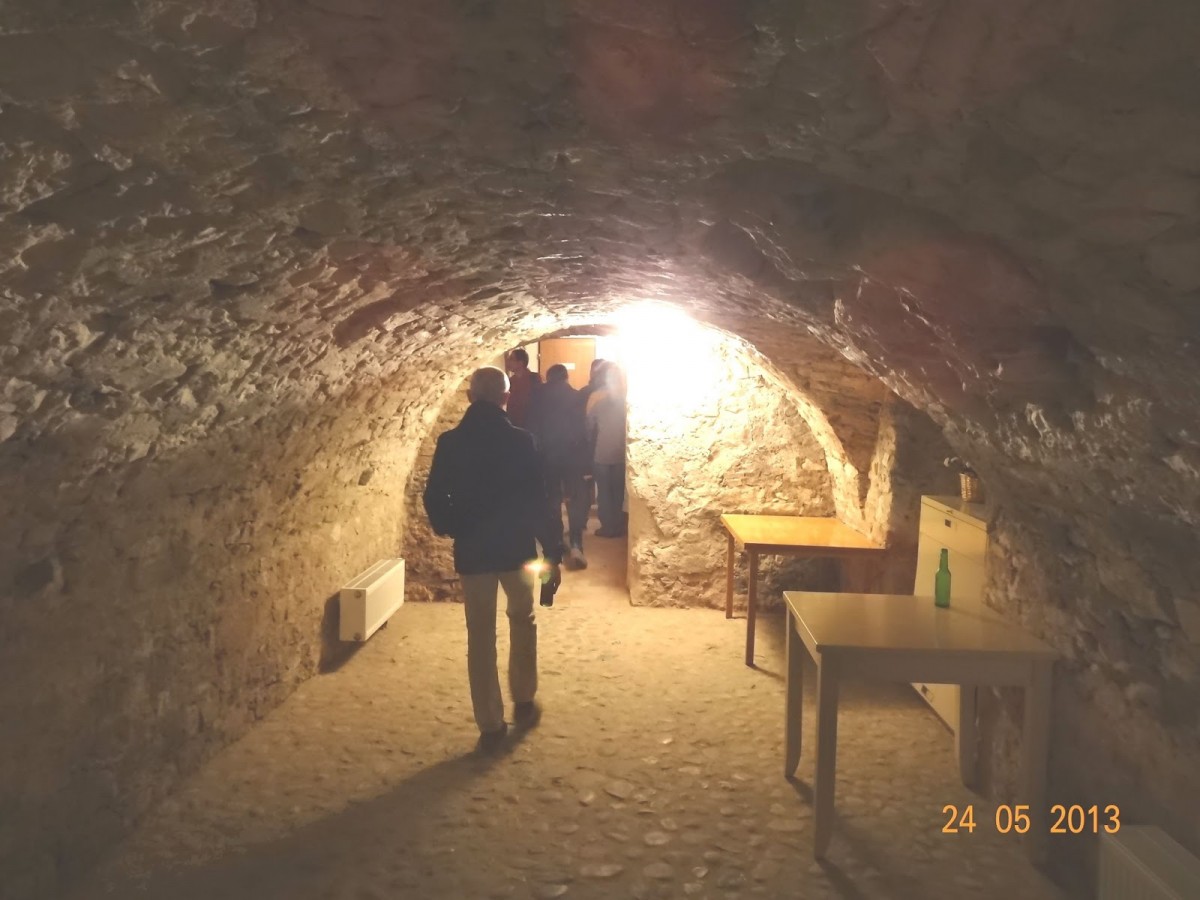 St. Joseph ChurchInteresting and  for Prague unusual Baroque building of the central oval layout with elaborate details on a very small plot of land designed by architect Abraham de Parigi  in 1686 – 1692. 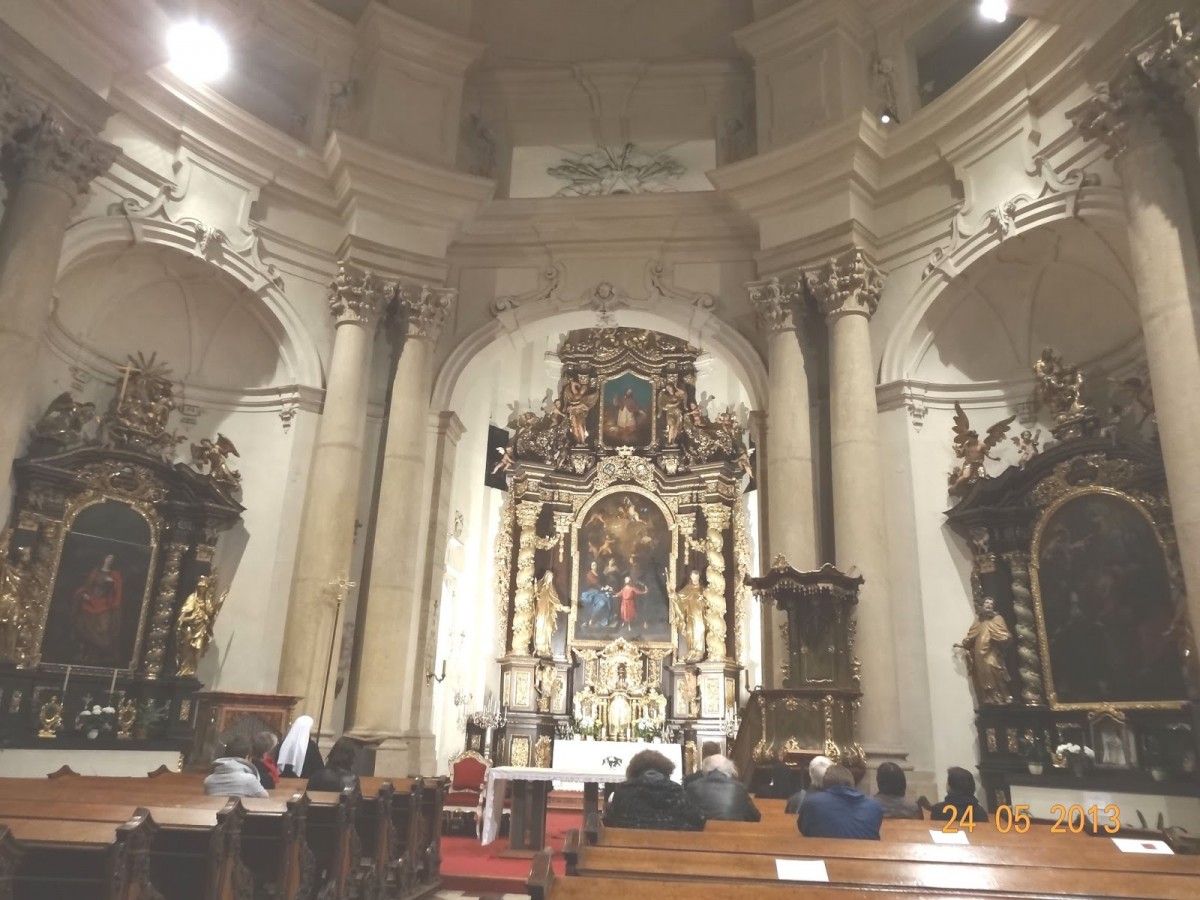